This small pharmacy, with just enough room to house a general practitioner and an obstetrician, provides free consultations as well as medicines for the community, who otherwise would not have had access to them.

These days, Guayaquil and its surroundings have been one of the most affected regions in Latin America with the Coronavirus, where many clinics have suspended services due to a lack of resources. The population today faces a never seen before health crisis.

Eslabón social: a multidisciplinary effort to help the most vulnerable

SUAZIO’s work around Ecuadorian health aid has only been possible thanks to the vast experience of Guy Mennen in Ecuador’s vulnerable communities. Since 2001, he has helped homeless teenagers and witnessed the lack of basic health and public services for a vast marginalized population around Guayaquil, such as running water and sanitation.

Back in Belgium, he began reaching out to friends, schools, and businessmen, to raise both funds and awareness, thus beginning his organization “Eslabón social” together with local Ecuadorian volunteers and experts.

Eslabón social is a multidisciplinary effort to have a positive impact around food production, water access, and agriculture education. One of its pillars: addressing the dire health needs of these communities and granting free access to medication and health services to as many people as possible, especially to youngsters and children who are often the most vulnerable.

Since its beginnings, the Dispensario SUAZIO had great Ecuadorian physicians in place tending to dozens of patients every day in Jardines del Salado. This way, it helped reduce the number of preventable deaths in the area. In January 2020, a second Dispensario opened in the community of Limoncito.

“In the poor neighbourhoods of Ecuador, for example children of up to 5 years die due to diarrhoea and sanitation issues. So, our mission is to prevent these deaths as much as possible, through the needed services, specially physicians and medicine access.” 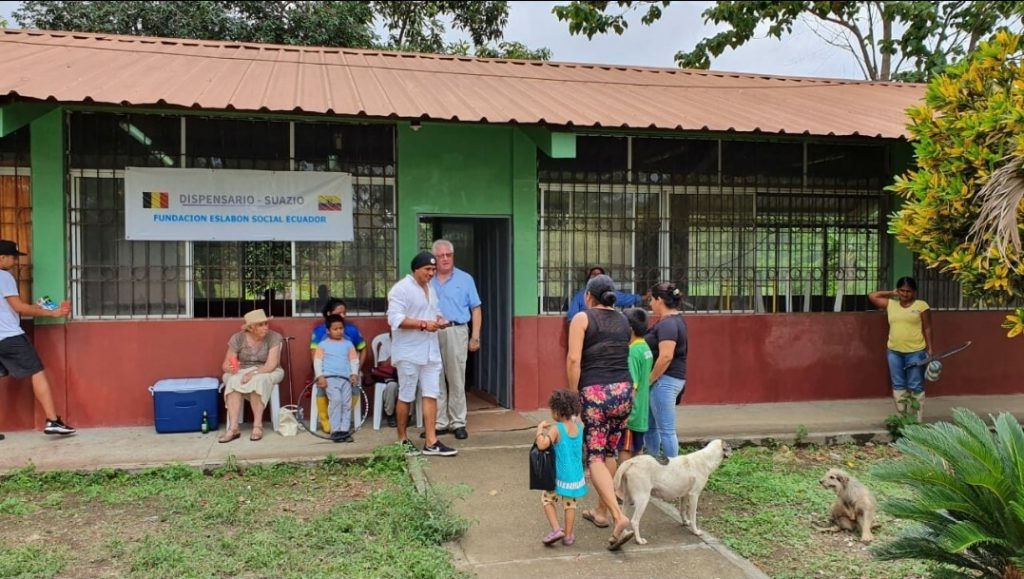 The resources for both Dispensarios are not only coming from SUAZIO’s direct contributions, but also from the donations KOL’s and physicians make during our research projects. These donations have been necessary to keep the Dispensarios going.

Even more so: in the future, they will allow us to put a dentist in place, to house more physicians, and to manufacture larger spaces to treat more people. A crucial evolution: after all, the area’s demand for health services keeps increasing. Because even today, many have to go home (which often means a journey of hours) without being seen by a doctor. The two Dispensarios are a terrific start, but it isn’t enough. Not nearly.

The budget obtained from local authorities has been shrinking each year. The already challenging situation has worsened since the spread of coronavirus and the worldwide lockdowns. There are no official numbers yet, but various provinces in Guayaquil report a collapse in funerary services due to the high demand. This makes for people waiting for days to see a doctor or to receive the bodies of loved ones. In a lot of cases, they have to keep the dead bodies of family members at home for days before official coroners pick them up, which has led to some of them being left on the streets.

Our donations will take a serious hit due to the Coronavirus

Even though SUAZIO will continue to provide contributions, a lot of the donations that Eslabón Social receives will be seriously affected in 2020. This will have a tremendous impact on the organization’s projects and activities in health, education, shelter and food production.

This is caused by the diminished resources coming from other donating companies in Belgium, Germany and Spain, but also due to the closing down of schools all around Belgium: after all, the many cancelled Easter events would normally finance numerous initiatives of Eslabón Social.

Guy has estimated that around 35,000 euros are collected each year through the season’s school efforts, which will now be missing from the organization’s budget. This means a massive blow for its programs and efforts, with serious consequences to the communities’ health and well-being.

For now, both Dispensarios can continue their work, which is now more than ever essential, given Ecuador’s overrun healthcare system due to the coronavirus. But help is absolutely needed to maintain their work in the months to come.

We need you. Now more than ever.

Solidarity is now more crucial than ever. The consequences of the coronavirus will be felt across the globe. But let us not lose sight of those who need help the most. Taking care of each other needs to go beyond quarantines. 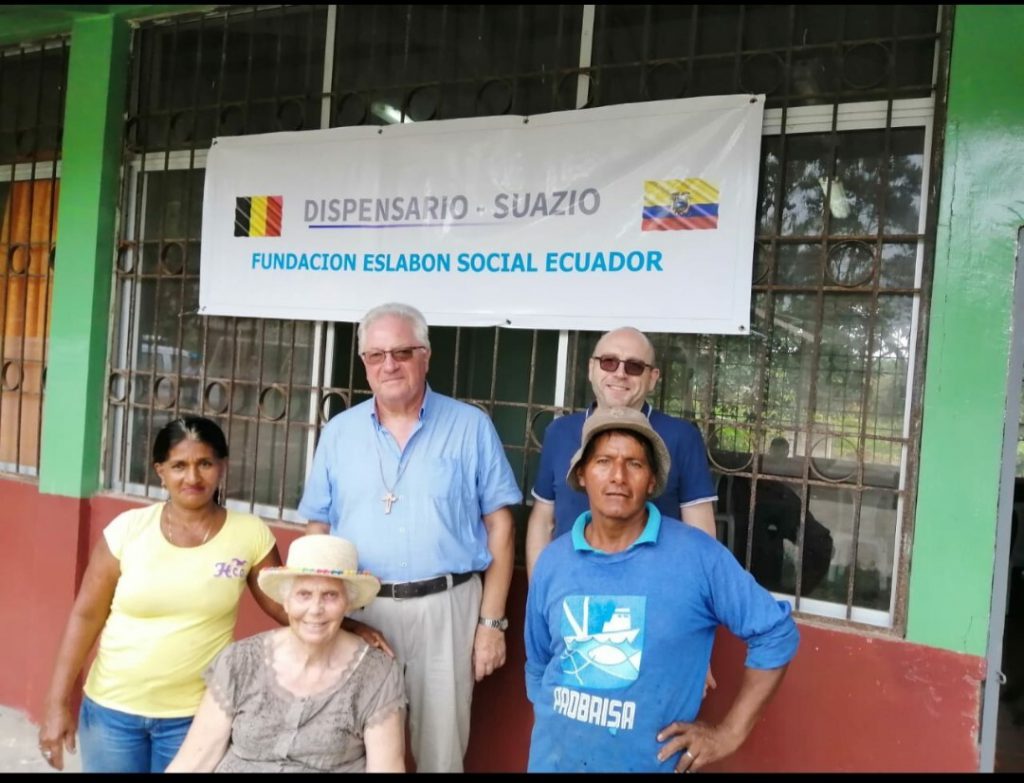 SUAZIO will keep the work going at the Dispensarios together with the donations of the many health experts we talk to every day.

If you wish to further join Guy’s team and SUAZIO’s efforts for the vulnerable communities around Guayaquil in these troubled times, please donate to “Dispensario SUAZIO” through: